Excel: Help Your Kids with Their Math

Problem: My kids have math homework, and I want to check their answers. They are doing least common multiples, greatest common denominators, Roman numerals, and factorials. 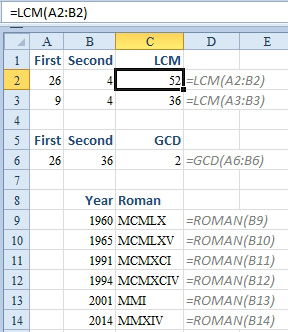