Problem: Before Excel introduced SUMIFS in Excel 2007, you would have to use the SUMPRODUCT function to solve problems that can be solved by SUMIFS.

Strategy: Once you get the hang of it, SUMPRODUCT is cool. 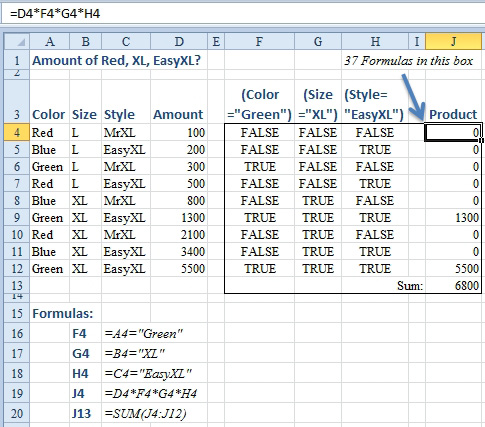